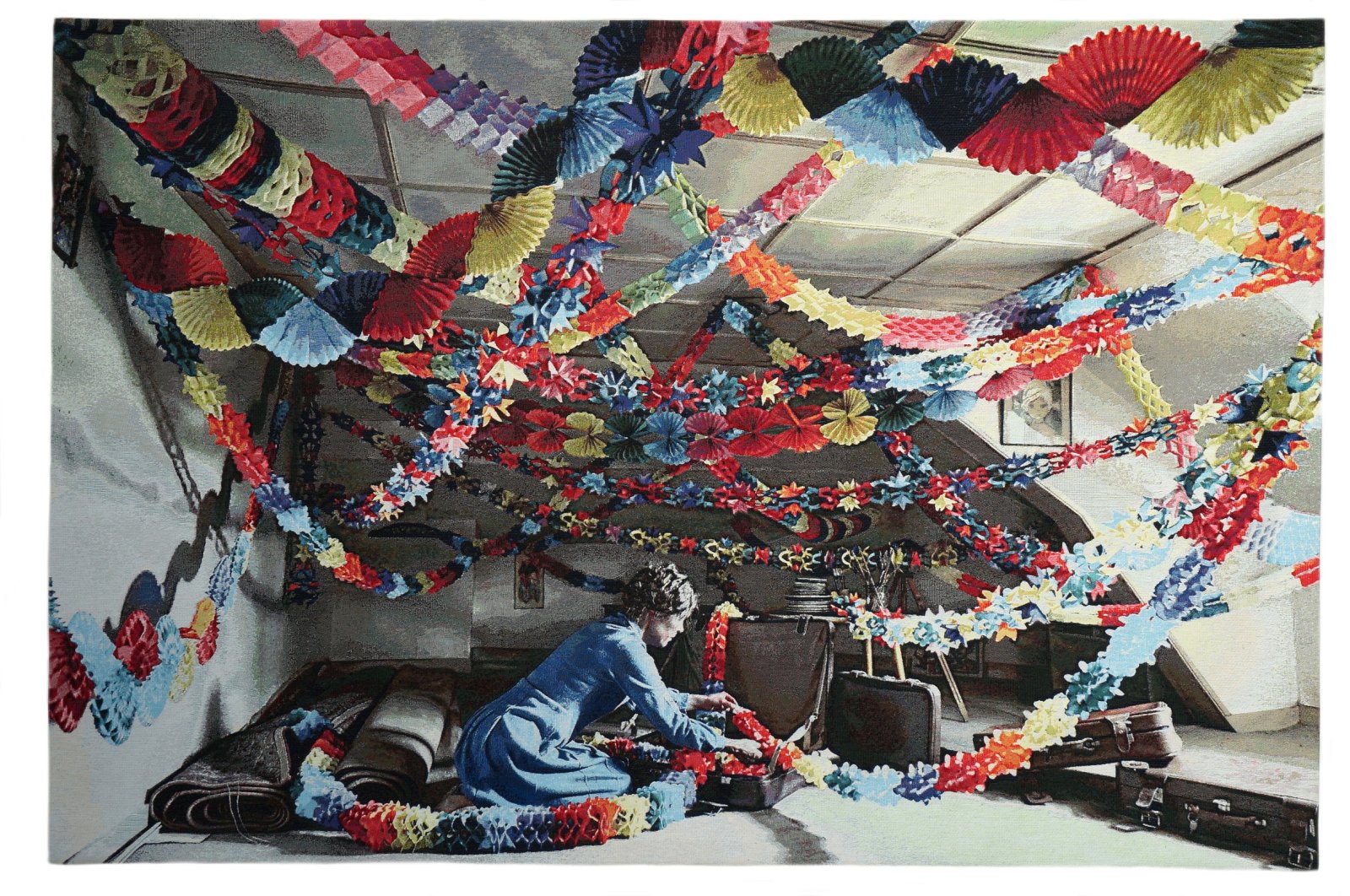 Muse Contemporary is organizing a new exhibition dedicated to contemporary textile art as part of the Başkent Culture Road Festival in the capital Ankara. Bringing together female artists from eight different countries and cultures under one roof, the exhibition “Tissage Tradition/Futur” at Cermodern brings a new look at an art form that is not taken seriously because of its gendered past. .

The foreign female artists in the exhibition were invited to Turkey by Muse Contemporary under the auspices of their countries’ embassies and in collaboration with cultural attaches. Contemporary performers and pioneers of textile art from Finland, France, South Africa, the Netherlands, Spain, Sweden, Italy and Turkey feature in the selection curated by curator Ayşe Pınar Akalın.

Until recently, textiles were not accepted by the masses as a valid artistic medium. This situation, due in part to the functionality of the form, makes it accepted as a craft rather than an artistic endeavor. However, the main reason that prevents textiles from being taken seriously in the art world is that they are associated with a genre. Textile arts such as weaving, knitting, sewing and embroidery have been considered “women’s work” in various cultures throughout history and have therefore been largely overlooked. On the other hand, we must consider that textile art is one of the oldest transmitters of meaning accompanying cave paintings.

Textile artists protect the art form by destroying the prejudices that surround it and reusing the medium with strong expressions today. In this context, Muse Contemporary aims to advance a branch of art that empowers women. With contemporary textile interpretations by artists from different cultures and countries, the exhibition conveys strong expressions.

At the exhibition, which is attended by artists from seven countries in addition to Turkey, at least three works by each artist are exhibited. The artists in the exhibition use their artisanal works as a tool to convey strong expressions on the themes of femininity and tradition.

Jenny Ymker from the Netherlands creates her own fantasy world in reality in the photographs she weaves into the tapestry. Kimathi Mafafo from South Africa carries on her grandmother’s legacy by remembering her teachings on weaving and embroidery. Lithian Ricci from Italy encourages women’s cooperation in the rugs she weaves with Turkish artisans. Lotta-Pia Kallio, from Finland, sees the working process as a ritual in which worn and broken objects change shape and are born in other forms. Maria Munoz from Spain references the joie de vivre we have been deprived of after the pandemic with embroidery pieces made from recycled silk threads. Petra Hultman from Sweden brings together miles of yarn that have been knitted over countless hours with her large-scale lace installations. While Stephanie Laleuw from France brings her own crafted pieces to life in her embroidery, crochet and embellishments, where she uses exuberant colors as well as collectibles; Suzan Batu from Turkey draws attention to the place of women in the male-dominated world with her goddesses made from Sümerbank fabrics.

The artists in the exhibition act as a bridge between the past and the future. They highlight the importance of work by reinterpreting tradition and the traditional through the prism of contemporary themes such as sustainability and recycling. By creating contemporary archives, they ensure the transmission of lost values ​​to future generations.

“Tissage Tradition/Futur” will take place until June 12 and can be visited free of charge at Cermodern.

Keep up to date with what is happening in Turkey, in its region and in the world.

How Small Businesses Can Benefit From Debt Consolidation