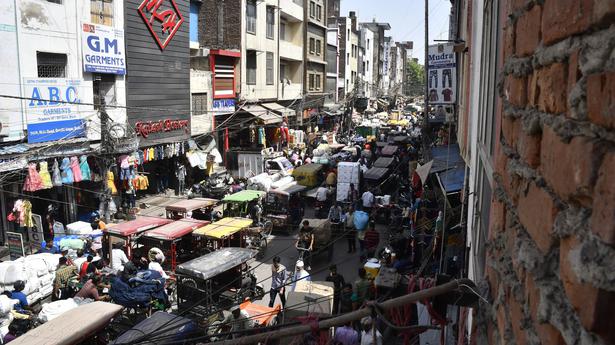 Overhaul of Asia’s largest textile market is in sight

For the 15,000 shop owners based in East Delhi’s Gandhi Nagar textile market, the daily grind comes with its own set of challenges. Narrow and congested lanes, lack of civic amenities, trails and proper roads have hampered the smooth operation of businesses in the area for years.

Rahul Kumar, owner of a clothing store, lamented the long traffic jams and the difficulty of getting around the market. He also pointed to the long lines of tangled electrical wires and the open sewers filled with garbage, which add to the woes of the population.

In its budget for the financial year 2022-23, the Delhi government announced plans to redevelop the area, which it called “Asia’s largest ready-to-wear market”. Traders, however, are uncertain about the execution of the ambitious plan. The realities on the ground are different, they say.


According to the Delhi government’s plans, the “Grand Garment Hub” it proposes to develop would help create more than “40,000 new job opportunities”.

Listing the problems faced by traders, Mr. Kumar said, “Packers and loaders occupy the roads to carry out their tasks and in doing so smother the space for vehicles and pedestrians. There have also been countless accidents involving electric rickshaw drivers. The workers of the civic body do not exercise their functions. Also, regardless of electricity consumption, we have to pay more than ₹600 per month.”

He added that these issues must first be resolved to bring about change.

“There is a minimum charge that we end up paying for electricity every month, whether we use it or not. Unlike the easing of electricity tariffs given to households, commercial spaces do not enjoy such benefits,” he said.

Amit Singhal, another shopkeeper, said that after surviving three periods of financial hardship due to COVID-19 lockdowns, he feared the proposed redevelopment would “further disrupt the future of shops”.


According to the government, the market generates a daily turnover of over ₹100 crore while providing 1,00,000 direct job opportunities and nearly 3,00,000 indirect jobs.

However, KK Balli, president of the Association of Wholesale Readymade Garment Dealers (Gandhi Nagar), welcomed the government’s announcement. “There has never been an initiative dedicated to these lines in the last 30 years of my presence here,” he said. However, he agreed with the points made by the shop owners in terms of lack of amenities and civic infrastructure.

Any concerns from store owners were voiced at the meeting, he said, adding that he also stressed the need for multi-level parking for customers to decongest the market.


“Over the years, we have met with several politicians and municipal officials to find solutions to our problems, but to no avail. The government’s decision to modernize the market is the first step and it has our support,” Mr Balli said.

He said, “All the roads are in good condition. If there is garbage scattered everywhere, the merchants are responsible for it. EDMC workers do their job. What redevelopment will the Kejriwal government do here? They only make big promises and never deliver.

Responding to the progress of the redevelopment plan, a Delhi government official said more meetings and consultations would be held with market associations before finalizing the plans.

“The market is crying out for help. Most of the problems are related to civic amenities and we try to solve them, even if it is not our job,” the official said.

When told traders feared the redevelopment and coordination with other agencies, the official said the government would do its best.

“The civic body should be happy and cooperate with us as their income will also increase once the market is developed,” he added.