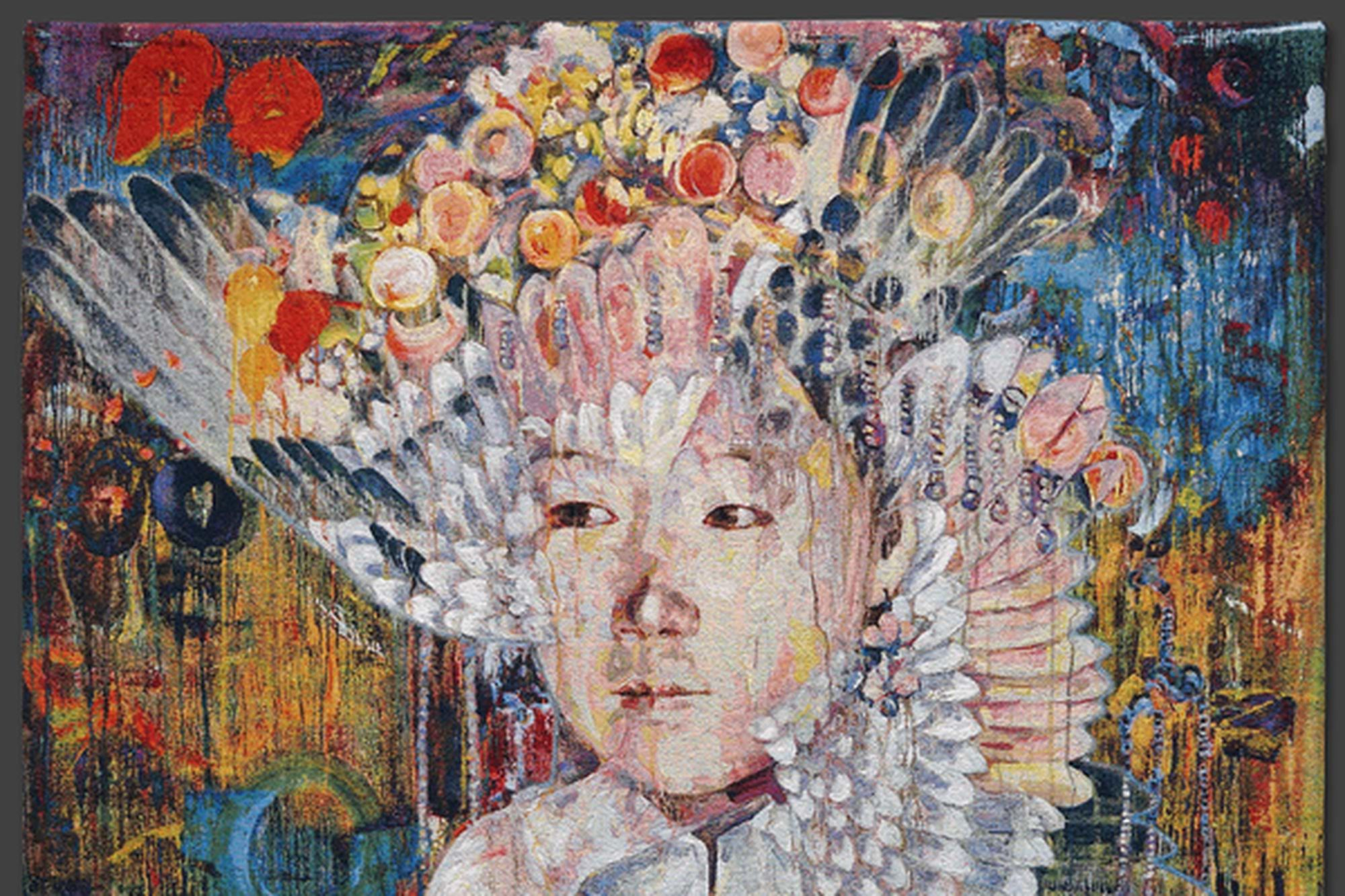 As a child growing up in a remote mountainous region of China, Dacia Xu would get together with friends to knit and crochet.

“My earliest memories include images of my mother weaving,” she told this news agency. “The sound of the loom in the house made me feel safe and warm.”

After opening the Qualia Gallery in Palo Alto in January this year, she vowed to herself that she would present a textile exhibition as soon as possible. She fulfilled this intention with â€œEntrelacÃ©â€, a collective exhibition of tapestries and textile art, presented until October 1.

Tapestries date back as far as the ancient Egyptians and Incas, who buried their dead in woven clothing. During the medieval period, tapestries were used by the church to convey stories from the Bible, insulate castles and provide privacy. A popular product, tapestry making made a major advance with the invention of the Jacquard power loom in the early 1800s. This allowed them to become more affordable and accessible to a wider audience.

The art of tapestry is represented in “Interlaced” by the work of Xie, Smith, Liu, Kushner and Wiley. All of these artists created the original designs, which were then sent to weaving workshops, often in Belgium. There, the computers that store the design information are used to complete the project. The works are bright, colorful and incredibly detailed. Xu explained why these artists, many of whom are painters, decided to explore textile art. “Personally, I guess the tapestries’ unique ability for detail, vivid colors, and texture might be the reason.”

Xie, a painter and art professor at Stanford University, oscillated between painting and tapestry for many years. Her Jacquard weavings in this exhibition depict sacred books, covered with fabrics and a stack of folded newspapers. The colors of these tapestries are intensely deep and beautiful and make the rather mundane subject shine with life. Xu explained that the artist enjoys using cultural objects like newspapers and books because they reflect “fleeting notions of time and our collective memory of events.” interest in these objects, because the viewer cannot actually read them. “

Liu, whose paintings are currently on display at the De Young Museum, was born in Changchun, China, and trained in the Chinese socialist realist style. This is evident in his brightly colored â€œAbove the Clouds,â€ a portrait of a young child sitting on cushions as whooping cranes (symbols of happiness) fly around him. There is a peaceful serenity in the tapestry, as in “Madame Shoemaker”, where a kneeling figure works surrounded by spectacularly colored butterflies.

Liu died on August 7 at the age of 73. Xu said, â€œHung was one of the first Chinese artists to make a career in the West. Her works which focus on the lives of women in Chinese history particularly touch me. She will be sorely missed. “

There are stark contrasts in the works of Kushner and Wiley. Using the Jacquard technique, the two artists designed wonderful landscapes. In the case of Wiley, known as a member of the UC Davis-based California Funk movement in the 1960s and 1970s, there’s a fantastic beast that nibbles at the sun, while planets, plants, and absurd writings fill the back. -plan.

Kushner’s work is more lyrical and figurative, with lush floral elements dancing across the tapestry. It’s easy to imagine his work adorning the walls of a well-appointed home, which is fitting since Kushner is involved in the Pattern and Decoration movement. These artists seek, according to the gallery’s press release, “to revere and produce art forms that had been marginalized as feminine or insignificant during the heyday of modernism.”

Xu also wanted to include artists who work in more traditional and practical weaving processes, but with decidedly contemporary, if not daring, results.

“I am particularly fascinated by artists who combine tapestry or weaving with other artistic forms. Some have turned drawing or painting into tapestry, while others have combined weaving, knitting or crochet with engraving, photography, objects and materials found, â€she said.

Faught, a professor of textiles at California College of the Arts (CCA), fits that description perfectly. Here he is depicted with several pieces that incorporate aspects of hand weaving (hemp is the material) with found objects woven or attached to the piece. “Off-nite” is a cheerful rendering of an arched window revealing a view of the blue night sky and a large crescent moon. On the right side, however, colorful socks hang from rainbow-colored pockets. A paint bucket, with a bright red overflow, sits on the floor and completes the room. The artist explained, â€œFound objects often exist as quick or urgent antidotes to the otherwise icy part of my production. As the spaces in which I place my work evolve, expand and diversify, my source materials expand with them.

Friedman, also a CCA faculty member, finds ways to incorporate objects and text into his hand-woven hanging pieces that reflect his background as a painter. In an email interview, she wrote: “My work is entirely guided by color. My practice has always been to try and explore painting with new methods and materials.”

â€œWHYâ€ is a crazy quilt of colors and patterns, mostly in shades of pink and purple, with the word â€œwhyâ€ woven prominently throughout the body of the piece. â€œGreen Placeboâ€, a work in bright and contrasting shades of green and red, also has the title woven into the tapestry. “‘Green Placebo’ is inspired by my interest in neuroscience and the whole notion of brain plasticity / neuroplasticity. My job is to rewire the brain and the loom as a metaphor for cabling (warp / weft threads),” a said Friedman.

While there is a stark contrast between the tightly woven, mechanically produced tapestries and the freer handwork pieces in the exhibition, Xu believes that the entire cycle of history surrounding this ancient medium has returned to its point of origin. departure.

â€œNew approaches to hand weaving, knitting and crochet might be the older approaches,â€ she said. “I hope that the exhibition can provide a glimpse of the evolution and development of the art of fiber over time.”

The Qualia Gallery is located at 328 University Ave., Palo Alto. More information is available on qualiacontemporaryart.com.